Students and families, School Selection results will be available, starting today at 5pm!
Find more information and find out what to do next, HERE. 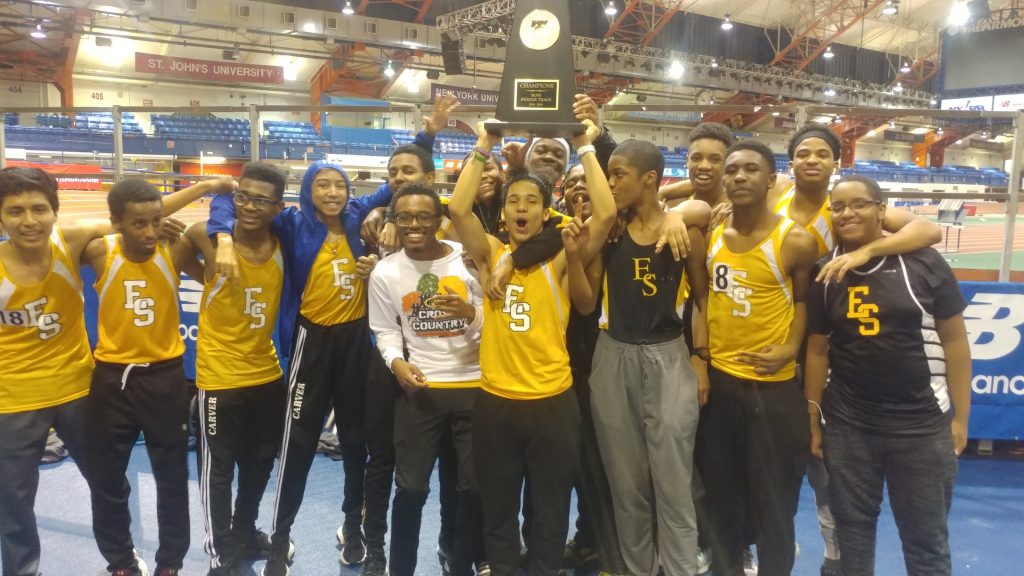 New York, Ny- History In the Making.  Rather or not the question of “who won the first Public League Indoor Track championship” surfaces in your trivia nights, the Young Men of Engineering & Science will forever have History on their side. 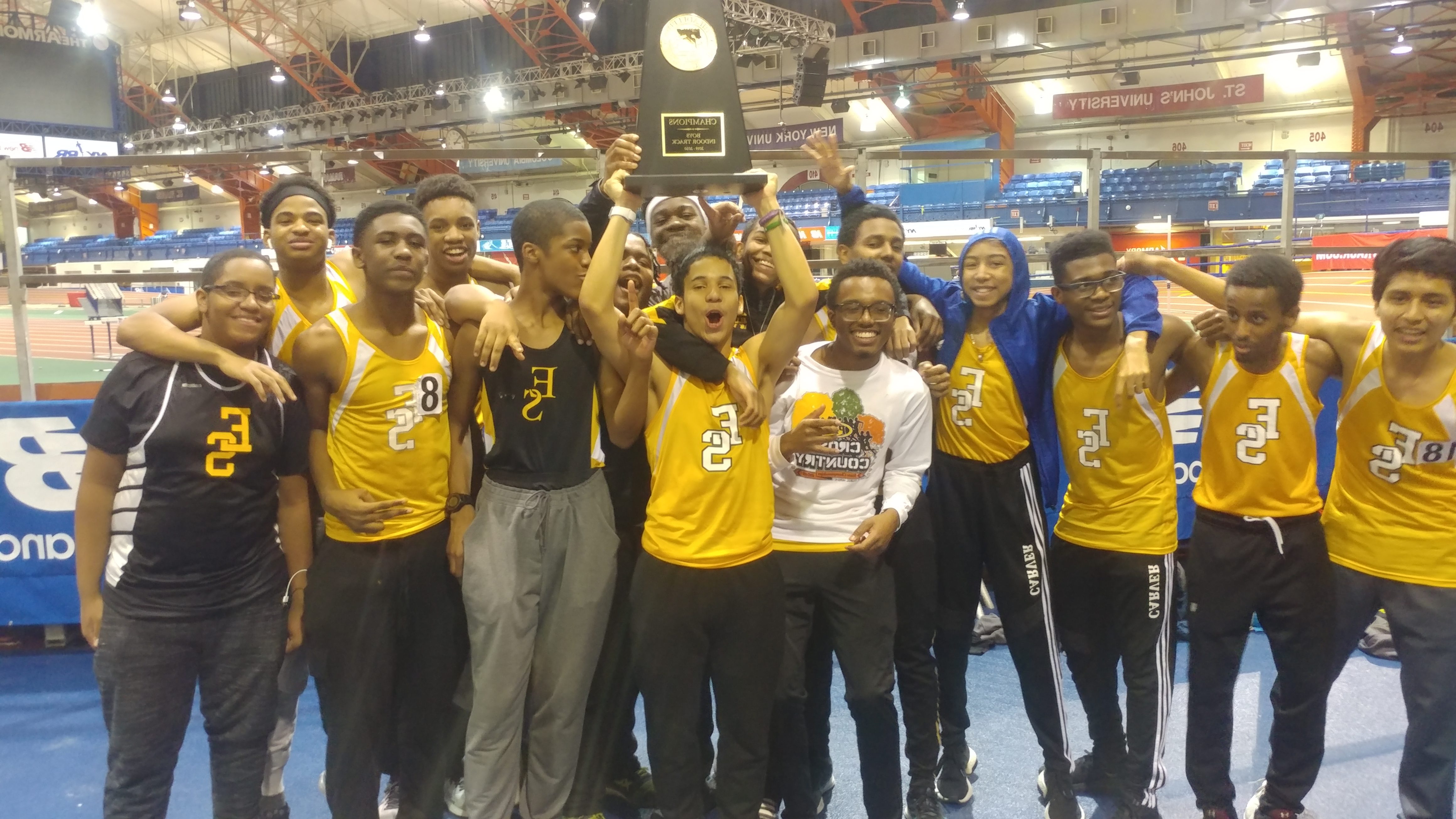 It was to be a dog fight to the very end.  A questionable disqualification in the DMR (Distance Medley Relay) made things a bit murky for the Black & Yellow Contingent.  Nevertheless, their fight never wavered.

“We brought a larger contingent to a travel meet than we normally do” said Coach Ray Womack.  This move proved to be very valuable, as every point counted.

“We lost points before the meet started.  Then we had a dnf in the 3000, to go along with a DQ in the Dmr.  That would have been enough to derail most teams.  Our strength in this meet came in our depth.  We put a lot of pressure on the “B” team contingent, who normally wouldn’t have traveled, to step up and become part of the “A” team.  They did not disappoint.”

The young men prevailed by outdistancing second place team, Swenson Arts and Technology by eleven points.  Their journey to their point total included huge Personal bests in the shot put from Abdallah Ayyash and Daniel Britto.  Not to be outshined, new comer Dillon Dwyer proved he will be a force to reckon with, filling an abyss in the short sprints with huge personal bests in the 60m Dash and the 200m.  Team Captain Israel Fonseca paced the 4×200 and 4x400m relay teams to huge season bests, just outside of the state championship qualifying standard.

The bulk of the workload, however, went to the Distance team.  Being able to go three deep in most events and having them all score points proved to be an insurmountable obstacle for the other teams vying for the title.The team was led by the Drumwright twins (AAron and Andrew), Thomas Gelaye, and Meless Badume and Andrew Moreland.  The contingent competed in doubles, and in the case of Gelaye, a triple that would have most coaches baffled.

“Most Leagues in PA are Distance heavy.  Thus having a strong sprint contingent puts you ahead of the field.  Its the direct opposite in the Public League where sprints rule.  The fact that we were so deep in the distance events to go along with the sprints and were able to get some points from the field proved to be too much for the other teams” said  Womack.  “Our goal was not for the distance contingent to win every event.  Only not to let any other public league team ahead of us.”  In the end, the team accomplished their goal in a meet that doubled as an invitational for other Pennsylvania teams outside of the public league, in order for them to have another opportunity to qualify for state championships.

“This is just the beginning.  This year is for E&S and for the team. Outdoor season, we will have the young women right by our side” said Fonseca.

The young women of Engineering & Science had an excellent meet as well, placing fourth overall while being very short handed.  The young women were paced by a strong hurdle performance by standout junior, Iyana Campbell, narrowly missing the state qualifying standard and breakout performances from Xavier University of Louisiana bound Senior Leilani Johnson in the mile and 800m.  “Pound for pound, there’s actually more talent in the young women in the school.” Said Womack.  We will get the young women’s team to where it needs to be.  Mark my words”